The family Nell-Breuning and their Dominikaner winery have been shaping the history and winegrowing on the Ruwer for more than a century now. Today, the family estate includes seven hectares of vineyards in the best vineyard locations in Kasel, where mainly Riesling is grown.

More information about the Producer 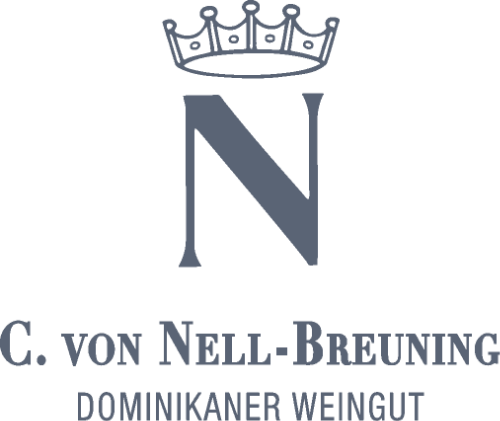 No results were found for the filter!

Winegrowing has shaped the history of the von Nell family for 350 years. Under Napoleon Bonaparte, Christoph Phillipp von Nell was a member of the French National Assembly and acquired large estates and vineyards in and around Trier during the secularisation. Around 1890, Oskar von Nell built today's winery with its vaulted cellar in the neighbouring village of Kasel and quickly developed it into one of the most respected wine-growing estates on the Ruwer. In 1908 the winery was one of the founding members of the well-known Trier wine auction "Der grosse Ring", the forerunner of today's VDP (Verein deutscher Prädikatsweingüter).

Today the family-run winery is one of the most renowned wine-growing enterprises in the Ruwer Valley and is managed in the 11th generation by Mrs. Carmen von Nell-Breuning. Under her guidance, Riesling wines of radiant elegance with the unmistakable minerality of the Ruwer are created in careful manual work. This requires time and the greatest possible care, for Carmen von Nell the most essential elements for the production of top quality Riesling.

Good from the ground up

The basis for the outstanding qualities of Nell's Riesling are the sparse soils of the steep vineyard sites of the Ruwer and their special exposure to the sun. The fertile vineyards, which are passed on from generation to generation, are the proverbial basis of the estate. Above all, the sustainable and respectful treatment of nature is a priority. Herbicides are not used in order to leave the soil in its natural balance. Low yields, strict selection and harvesting by hand are further maxims of the Nell-Breuning estate.

The rounded, closed vineyard site Kaseler Dominikanerberg, which is exclusively planted with Riesling, not only gives the winery its name, it is also the sole property of the winery and is one of the few monopollages in the Mosel, Saar and Ruwer wine region. The estate also owns the best plots of land in the Kaseler Kehrnagel, the world-famous Kaseler Nies'chen and the Kaseler Hitzlay vineyards.

As the oldest sparkling wine manufactory in the Ruwer Valley, the Dominikaner Nell-Breuning Winery offers an impressive collection of racy and fine-sparkling Riesling sparkling wines in addition to its elegant Riesling white wines. The sparkling wines are the flagship of the winery and are produced exclusively according to the champagne method in traditional bottle fermentation and mature with perennial yeast storage in deep vaulted cellars.

The crowned "N" decorates all wines of the house Nell-Breuning. The monogram with the symbolic crown stands for the initial of the family name "Nell". As a brand emblem it adorns every bottle as well as every single cork. Before the era of labels on bottles, corks were the only distinguishing feature of goods. In memory of this tradition, the winery remains faithful to this brand emblem to this day.

Carmen von Nell grew up in the Dominican winery of her ancestors and took over her parents' winery in 2013 as the youngest of three daughters and is now the first woman to continue her family's winemaking tradition in the 11th generation.

5€
Sign up for
voucher
Join our newsletter
Regular news, offers, and voucher via email about wine!
You will receive your your 5-euro voucher with the confirmation email. You can unsubscribe at any time. I have read the private policy.
Secure Payment
Advance payment
Purchase on account
Trusted Shops Reviews Toolkit: 1.1.7